One can put it simply that “film music Berlin” is an arguably universal art form. With this in mind, Film Sound Berlin acknowledges that the relationship between music and movie is inextricable. Not to mention, we consider music to be an integral part of the movie performance. As it is since the advent of the sound in the movie industry in late 1920. Moreover, the usage of music in different movies helps to categorize them in different traditions. It is a part of the media through which a filmmaker builds rapport with the audience. Also, interacts with them on a symbolic and semiotic level. Likewise, it reflects his understanding of the aesthetic sensibility of the audience and society on a grand scale. We do compare the music with the storyline, cultural presuppositions, and imagery in cinematic tradition.

However, famous French Romantic Composer Hector Berlioz spotlights, “Every sounding object employed by the composer is a musical instrument.” While exploring the historical development of the genre of film music. Gradually the filmmakers brought in a single pianist who actually played the role of a one-man orchestra. He provided with different music scores and cue-sheets as per the requirement of the script. To point out, these solo pianists would follow by the trained music conductors who led the whole orchestra throughout the entire movie. 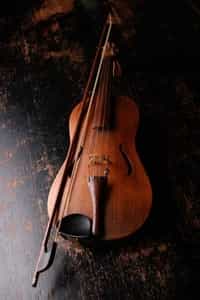 1928 was the year when the movie industry was already well placed to have a music track, which was synchronized with the picture. With this in mind, from then onwards film music has evolved as a separate genre. As a result, which played a pivotal role in determining the success and critical reception of the movies. In effect, “Film music Berlin” is a perception changer as it stimulates the feeling and responses of the viewers. As we can see, its remedial impact can never be underestimated. As it has been widely used to cure the cinematic elements of a technically sick movie. To sum up, good film music synthesizes the film’s actions with the anticipation of the viewership. The music of the film is also an added advantage. As its theme when sold separately boosts the revenue collection of the movie.

Ultimately, Film Sound Berlin knows the exact demands of the filmmakers and ensures perfect solutions to their musical conditions. We do understand the value of text and context in the genre of the movie. Therefore, feel free to contact us for becoming your demands accomplished and musical results excellently addressed.